Ban lifted from Sadda Haq Punjabi movie by Supreme Court of India; Get ready to watch the untold story of 1980-90s on cinema screen
http://www.sikhsiyasat.net/2013/04/26/ban-lifted-from-sadda-haq-punjabi-movie-by-supreme-court-of-india-get-ready-to-watch-the-untold-story-of-1980-90s-on-cinema-screen/

New Delhi, India (April 26, 2013): According to information available with Sikh Siyasat News (SSN) the Supreme of India has lifted the ban from much awaited Punjabi film – Sadda Haq. The movie has been cleared by the SCI to be screened in the Cinemas across India, including the states that had banned it.

The movie is based on the events of post-1984 to mid-1990s in Punjab. It tells the untold story of police atrocities suffered by the people of Punjab during 1980s-90s.

The movie was banned by Punjab government on April 04 – a day before it's worldwide released.

The movie was banned by Punjab Government led by Parkash Singh Badal and his son Sukhbir Badal under pressure from high-ups in Punjab police, who had feared that the movie could expose their black deeds.

The producers of the movie tried to convince Punjab government to review their decision to ban the movie but the situation turned worse when the neighbouring states of Haryana, Delhi, Chandigarh and Jammu & Kashmir also banned the movie.

As a last resort actor-cum-producer Kuljinder Sidhu moved the Supreme court of India against the ban. The Supreme Court issued a notice to the concerned states on April 11. The states filed their reply on April 24. On April 25 the Supreme court heard the arguments from both sides and decided to form a penal to review the movie.

On April 26 (today) the screening of the movie was held in Court Room number 15, where the judges of the SCI bench and senior lawyers watched the movie.

As per recent information shared by Sadda Haq team on their facebook fans page, the ban has been lifted by the Supreme Court of India. 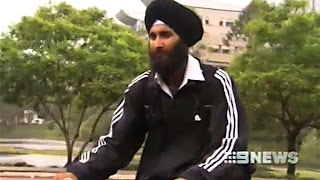 Oz province exempts Sikh cyclists from helmet
http://www.hindustantimes.com/world-news/Australia/Oz-province-exempts-Sikh-cyclists-from-helmet/Article1-1049007.aspx
Queensland on Tuesday became the fourth Australian province to exempt cyclists from the Sikh community from wearing a helmet.
Announcing the decision, Queensland transport minister Scott Emerson said it was a "common-sense approach" to the issue and only cyclists with "genuine religious beliefs" will be exempted.

"We will introduce exemptions for those who want to cycle but for religious reasons may not be able to wear a helmet," the minister said.

The new laws are expected to be in place by the end of this year, according to Australian media reports.

Emerson reviewed the law after Jasdeep Atwal, a Queensland Sikh, successfully challenged a fine because his religion requires him to wear a turban.

Emerson said he had waited for the outcome of court case before making any law changes.

"By amending the Queensland Road Rules, we will join Victoria, South Australia and Western Australia which also have this exemption," Emerson said.

"Similar to Western Australia, there will be no requirement to actually apply for the exemption, which will make for a more streamlined process and reducing the need for unnecessary red tape," he said.

Atwal said the exemption would be welcomed by all Sikhs. "The Sikh community has been working for a long, long time on this and they have done a lot of work. I was just the face of the cause," he said, quoted by ABC News. 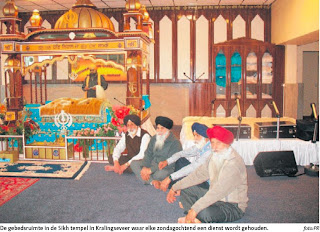 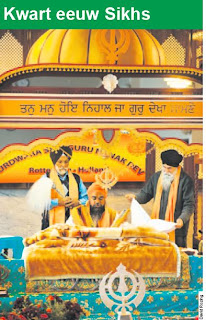 Satya Prakash, Hindustan Times New Delhi, April 11, 2013
http://www.hindustantimes.com/India-news/NewDelhi/29-yrs-and-several-flip-flops-later-justice-continues-to-evade-1984-riot-victims/Article1-1040594.aspx
First Published: 00:01 IST(11/4/2013) | Last Updated: 12:12 IST(11/4/2013)
Almost 29 years after over 3,000 Sikhs were massacred in the Capital in the aftermath of the assassination of the then prime minister Indira Gandhi, justice continues to elude the victims

Victims of the 1984 anti-Sikh riots protest against Congress leaders Jagdish Tytler and Sajjan Kumar outside Karkardooma Court in New Delhi.

The case has witnessed many flip-flops with the probe agency filing two closure reports and both finally being rejected by the court. In the process, both the victims and the accused, ie Tytler, continue to face an uncertain future.

Speedy trial is a part of the fundamental right to life and liberty guaranteed to every individual. The victims too cannot be made to wait endlessly for justice.

Every time the former union minister thought that he was off the hook, the case came back to haunt him.

On September 29, 2007, the CBI had for the first time filed a closure report, claiming that witness Jasbir Singh, who migrated to the US, could not be traced and another witness Surender Singh refused to record his statement.

But on December 18, 2007 an additional chief metropolitan magistrate again ordered the CBI to re-investigate his role.

After that, a two-member CBI team went to New York to record the statements of two eyewitnesses -- Jasbir Singh and Surinder Singh.

But the CBI again gave a clean chit to Tytler, which was accepted by a magistrate who said there was no sufficient material to send Tytler to trial as the statement of California-based witness Jasbir had "no relevance" and that the statements of another witness Surinder were "self-contradictory".

But this was not to be. A Sikh woman, who lost her husband during the riots, challenged the magisterial court's decision resulting in the case being re-opened once again.

The court has directed the CBI to conduct further investigation in the case against Tytler and to record the statements of the witnesses who it had come to know during the investigation itself "and are claiming/shown/named to be the eye witnesses of the incident".

The court made it clear that it was the job of the CBI to reach wherever the witnesses were and not the other way round.

The case is a sad commentary on India's premier investigating agency, which has somehow earned the dubious distinction of botching up high-profile cases involving political bigwigs. 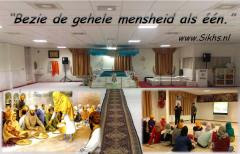 AMRIT SANCHAR to be held at Guru Nanak Gurdwara in AMSTERDAM, NL