Sikh leaders have accused Britain of "back-stabbing" and attacking their faith after official documents revealed that an SAS officer had advised India on its plans for a military assault on Sikh militants inside Amritsar's revered Golden Temple.

Indian troops attacked the temple, Sikhism's holiest place of worship, in June 1984 killing 492 militants, pilgrims and soldiers. The operation, termed Blue Star, plunged the country into some of the worst communal violence in its history. Sikh activists claim thousands died in the operation.

Indira Gandhi, the Indian prime minister at the time who sought British advice and ordered the raid, was assassinated in revenge by her Sikh bodyguards in October that year, provoking a wave of anti Sikh riots in which 8,000 were killed including 3,000 Sikhs in Delhi.

David Cameron, the prime minister, has ordered an inquiry into the claims after MP Tom Watson said they were based on letters declassified under the 30 year rule. A spokesman said the raid had led to a "tragic loss of life" and that the claims had raised "very legitimate concerns."

Mr Watson, whose West Bromich East constituency has a large Sikh population, cited two letters marked 'Top Secret and Personal', which conveyed Margaret Thatcher's consent for a British officer to advise the Indian government on evicting Sikh militants from the Golden Temple and the need to keep Britain's involvement from the public.

One of the letters, from the Foreign Secretary's Principal Private Secretary Brian Fall to his opposite number in the Home Office, advised him the SAS advice had been accepted by Mrs Gandhi and the operation was likely to be launched shortly. The letter, dated February 23rd, warned of repercussions from Sikhs in Britain.

"The operation could, in the first instance, exacerbate the communal violence in the Punjab. It might also, therefore, increase tension in the Indian community here, particularly if knowledge of the SAS involvement were to become public," he wrote to the Home Secretary's private secretary Hugh Taylor.

Their concerns about communal violence were borne-out in the riots and massacres which followed, but the involvement of the SAS in preparing the controversial raid remained a secret until Mr Watson's disclosures this week.

The Dal Khalsa, one of the original militant groups which continues to support the creation of a Sikh state, Khalistan, said Sikhs were shocked by the revelation.

"The UK government collaborating with the Indian government to plan the attack has shattered the Sikhs from within. The Sikhs are deeply hurt and the news has left them numbed," said spokesman Kanwar Pal Singh.

"The report has exposed that the attack was not spontaneous. They had been planning it for months… thousands of Sikhs live in UK and are grateful to the country for providing them opportunity to equal growth but the role of the then UK government amounts to back-stabbing," he told the Telegraph.

"We strongly condemn the role of UK government in the attack on holiest site of Sikhs. We treat it as an attack on the Sikh religion," he said. 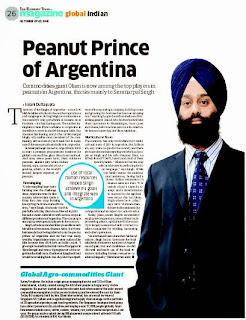